Sometimes, even when no one is calling to check in, and maybe especially when no one is, I feel this urge to stand up on something and wave my wild arms above my wild wavy-haired head and proclaim, hey, I’m still here! Still surviving! Still writing! Still me! If anyone cares!

This isn’t a pity party, either. It’s feminist ire.

Our government doesn’t give a shit if we’re here, us women. It hasn’t cared for a long time. Those of us who enjoy other types of privilege besides being male, like being white and/or being cisgender and/or being heterosexual and/or being middle-to-upper class and/or being able-bodied and/or being mentally well and/or being documented citizens, have known before the women who look and live and love like me.

For women who look and live and love like me, the world has felt only moderately, episodically, hostile toward us. It’s felt like there have been some misogynists on the fringes of government and the realms of law and order. Like a small minority of rednecks were driving around flying Confederate flags and ordering their women around, while most men were probably ok, if a little rough around the edges.

When I learned about misogyny and sexism as a teenager and college undergraduate, I thought I was learning about a system of oppression that was dying out, and that feminists like me were necessary to ensure its continued destruction. I thought this even as boys groped, stalked, and mistreated me, slipped drugs into my solo cups, cornered me in bathrooms and parking lots, told me I wanted it, told me what to say and think and feel about it, and grew angry and violent when I resisted.

When I learned about intersectional feminism later, I thought I was learning about how to better ensure patriarchy’s destruction. I knew American hasn’t been “great” for everyone for a long time, but I believed it was coming along, even as I watched black men, black children, senselessly murdered by police who walked free, even as I read about mass shootings by (nearly always) white men with (nearly always) histories of violence against women, even as I listened to the names of the PULSE victims read through Anderson Cooper’s tears.

Even when I was being shoved to the ground and spat on by a man who said he loved me, I thought I did something wrong, not him, or I explained away his behavior, concluded that he was stressed or drunk or high. I didn’t connect his rage-filled opinions about how I should and shouldn’t be spending my time, money, and energy with his hands over my mouth and his verbal wish that I die in a wreck coming home from work.

That’s where I went two weeks ago, in my mind and body, when I watched Christine Blasey Ford testify before a wall of old straight white men who couldn’t possibly have cared less what she went through all those years ago, and again now, watching the man who assaulted her, who put his hands over her mouth, rise to power on the pretense that he embodies fairness and justice.

I was wrong. The white supremacist patriarchy is not dying. It is thriving. Men have been putting their hands over our mouths for centuries.

It’s like, I quit smoking this year. It’s not the first time I’ve quit. I even quit vaping. Go me, right? But what are the odds that smoking will be what kills me? On the other hand, I have all these half-empty lighters now…

I’m sorry. I know we didn’t elect Kavanaugh, but we, white women, 53 percent of us, DID elect Trump. My vote may have gone to Hillary’s emails, but it doesn’t matter anymore. White women have chronically, systemically, been trading permission for men to silence all women for relative comfort in some areas of culture and society.

Men are not our allies. Men will not protect us. I have a few men in my life who I trust, but I trust them because they are individuals who have proven themselves trustworthy to me, not because oh, they are men who will keep me safe, of course they will, because they love me!

Don’t not-all-men me. Don’t accuse me of hating men. Understand that I do not trust men, nor do I have any earthly reason to. A handful of the most ignorant and privileged men on the planet have all the money and power, make all the decisions. They take us to war. They ship jobs overseas. They have always and will continue to commit genocide. They beat and rape us in epidemic numbers while insisting they don’t, we have it wrong, we don’t understand, we aren’t remembering right, we’re just trying to hurt them, they’re the real victims. They say they support us but they allow the men around them to behave this way. They destroy everything in their path and when we point it out, they say we did it.

Which ones are the good men? Which are the bad? Which lean good but fall bad when they feel threatened, or when it’s inconvenient for them to be good? If you actually ARE a good man, you won’t blame women for being confused and suspicious, because trusting you, giving you the benefit of the doubt, is destroying us.

“…feminism is working to ensure that women are free to focus our energies on more than mere survival…We talk about resistance when what we need is a revolution.” –Roxane Gay

If you want to help, start by blaming not women, but bad men for giving you a bad name.

Men are burning down the world. Instead of trying to stop them, maybe women should bring more goddamn lighters. 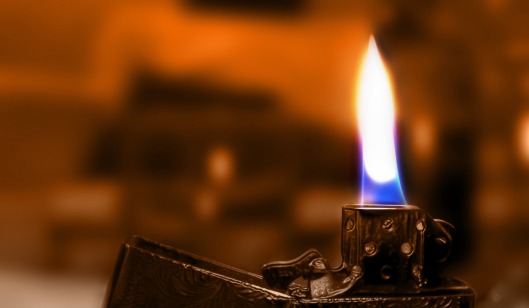 4 thoughts on “Still here: Reacting to Kavanaugh as a survivor, voter, former smoker”