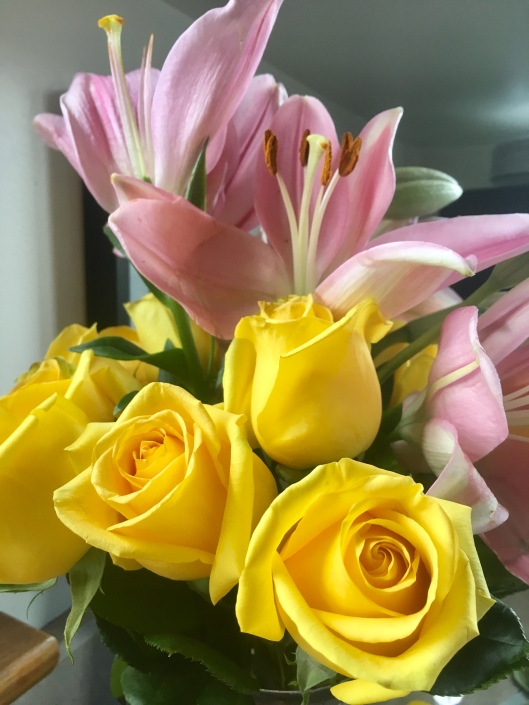 Five years ago right this instant, I was a determined, focused, vigilant, nervous wreck.

I was racing around a falling-down house, breathing heavily, blood pounding, sweating, more than one fresh bruise blooming across my skin. I ignored the mess of a broken plate, the hole in the drywall. I was trying to collapse my one-year-old’s pack-and-play and get it into the car. I was overloading his diaper bag and jamming important papers–birth certificates, social security cards–into my favorite, giant, mustard-yellow leather tote. I was forgetting to eat, as I did a lot in those days. I fed the cat, though. I swore (which I do often) and prayed (which I don’t) and obsessively checked his parking spot in the driveway to make sure it was still empty (it was). I kissed my baby, tucked him into his car seat, and darted outside to snap the seat onto its base in the back of my ’01 Honda CR-V, the first car that was ever mine. I got in, untangling from the criss-crossing straps of multiple bags hanging off my limbs, and drove off quickly, checking my rearview a dozen times before the highway, then a dozen more on the three-hour drive. More than once, I was sure, for at least a couple minutes, that he was behind me, gaining on me, about to run us off the road…

I didn’t stop. I didn’t cry. I changed course about 20 minutes away from my hometown. I wouldn’t go to my parents’, after all. I’d go to Sarah’s. He knew where my parents lived, and if he was going to try to follow, their house would be the first place he’d go. But my best friend had just moved to a new house. She had eight acres and a big dog. He had never been there before. Hell, I had only been there once before. It was perfect. He’d never find us. I changed lanes, took the different exit, made a mental note to call my dad as soon as I arrived, and hoped the little bit of fuel, literal and figurative, I had left would get me to Sarah’s back door.

Five years ago right this instant, 11 AM Saturday June 15, I was escaping domestic violence.

Remembering the particulars of this day, every year on this day, helps a lot more than it hurts. Yes, I was a nervous wreck. But what is notable to me is that I was resourceful, organized, efficient, aware, even in a traumatized, nervous-wreck state. I did what needed to be done. I was in control again. I escaped the hell out of that situation.

I am still those things–organized, aware, in-control. I still get shit done. I still show up at Sarah’s back door unannounced! I am also still nervous/anxious sometimes, but because life, not fear of death.

Looking back, I can see fundamental parts of my identity rising up even in my most fraught moments. That’s empowering, to know yourself. I’ve learned a lot about myself in five years: I’m a morning person. I still love riding a bike. I will be ok no matter what happens. The relationship between me and my amazing son? Unfuckwithable. I deserve to be and am loved. I can write prose, and I can be the one to make the deviled eggs for holidays (family matriarch level = unlocked). I did the right thing. I usually do the right thing.

Whenever anyone asks–and it’s not uncommon–why I “dwell” on the past, as if there is no merit in checking one’s rearview, I know that they don’t fully understand safety or agency. I know what’s best for my safety. I’m smart enough to know that you don’t look in the rearview so long that you veer off the road. I am stronger than I look, and more (es)capable.

So (es)capable that not only did I escape domestic violence, I also stayed functional and alive as I went through it. Remember that about those you call “victims.”

So (es)capable that looking back, in the ways I choose to look back, doesn’t destroy, but emboldens me.

Sometimes people ask the dwelling question because they full-on don’t want to hear survivors speak. They don’t want to know. Well believe me, I wish I didn’t know as much about domestic violence as I do, either.

World that seems to despise our voices, at this five-year mark, and on every year-mark, and whenever else we want, allow me, allow survivors, five minutes to honor, in whatever way(s) we see fit, having survived.

If you are being or have been abused, or you know someone who is, and you need to talk, I will listen or help you find other advocates who will listen. Use my contact form. Please take care of yourselves, and please inform yourselves with the resources below:

National Coalition Against Domestic Violence: Statistics you should know