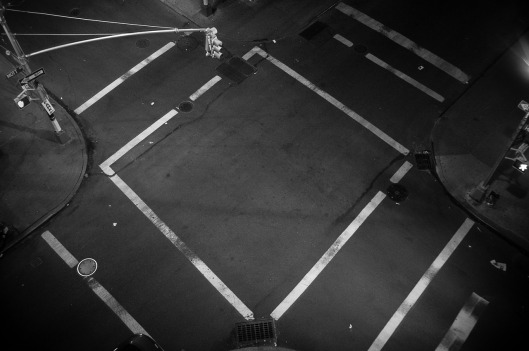 You wouldn’t believe the response to an article posted first on Medium, then on The Huffington Post, that until recently ran with the headline “Why I don’t like white women.”

The headline appears to have been changed to “Befriending Becky: On the Imperative of Intersectional Solidarity,” though the first line of the piece is still “I don’t like white women.” OK. I’m a white woman—and one, it should be said, who used to work in news, knows the writer doesn’t always write the headline, and despises clickbait—and I liked the old headline better. The author is DiDi Delgado, and I’m now following her on Medium because it was a great read, my must-read for this week.

Maybe it won’t surprise you in the freakin least to learn that mansplainer was straight and white. It didn’t surprise me.

What surprised me was that I jumped into the thread to defend my friend and take on the mansplainer. Defending my friends is par for my course, but I usually don’t suffer a mansplainer. It’s about as productive as telling the cat not to lick himself, and leaves what I imagine to be roughly the same taste in my mouth.

Here’s a distillation of that exchange, with quotes around the verbatim parts:

Mansplainer: That headline is hateful.

Him: It is. The writer is a hypocrite. [+ comparisons to Breitbart trash, ugh]

Me: Still nope. Headline is provocative, perhaps not to your taste, but it’s not always hateful to express dislike of something or even someone. [And I affirmed what my friend said about how you can still love people and not like them, which this author also said in her article.]

Him: “If the headline was ‘I don’t like black gays,’ would you still call it provocative?”

Him: “I’ll leave you with this. You’ve probably cast me off as someone who doesn’t get it at this point, which is why you’ve exited this conversation. That’s a mistake. If you fail to engage with those who see the world differently than you, and continue to operate with your bubble (I’m making a judgement based on your major in your public profile), you will have much less of an impact on this world than you could.”

Maybe it won’t surprise you to learn that he didn’t, in fact, “leave me with that.” He made a few more divisive, mansplainy, condescending, fragile white bro comments in an attempt to have the last word. (Have it, then. I liked your last comment, so I win.)

I am just one white female perspective, but I don’t think you even have to be fully woke to recognize two things here: 1) the difference between saying “I don’t like white women” and “I don’t like black gays.” One is click-baity and intended to get the attention of white women, and the author clarifies her position once you’re actually reading and hopefully absorbing her words. The other is a restatement of systemic hate; and 2) the original headline has the potential to make white women feel the effect of race-based exclusion, instead of just hearing about it. I’m learning to be more comfortable with my discomfort. In that endeavor, I’m getting lots of practice these days.

I’m going to add another must-read: “Today’s Feminism: Too Much Marketing, Not Enough Reality.” This article was an NPR Codeswitch feature on Feb. 21. The two pieces together say a lot about, fine, ok, new Delgado headline, “the imperative of intersectional solidarity.” In the latter, author Amy Alexander writes:

Today’s purveyors of hashtag feminism exemplified by pink pussyhats, safety pins, and cheeky-ballsy slogans on T-shirts have forgotten that women of color have to learn how to navigate their own universes but also those of white women and men in order to literally be able to pay the rent, and afford decent schools. We have to succeed in both spheres not only to achieve success, but to fundamentally cope. To ask us, then to participate in a Lysistrata-like action makes me wonder if the gesture is designed more to give white ladies another opportunity for displaying unity, a kind of safari solidarity, than it is to provide women of color and working-class women tangible relief.

In the former, Delgado writes:

Many Black women who attended the Women’s March did so begrudgingly because Black women were largely excluded from the planning until the 11th hour. That doesn’t go unnoticed. In order for our liberation to become a reality, we have to incorporate diversity from the top. And it can’t be symbolic diversity or tokenism. Are you centering the voices of the unheard? Are you following their direction and listening to their needs? I promise you that your own liberation depends on everyone else’s. When you fight for the lives of the most marginalized you simultaneously liberate yourself. A rising tide lifts all boats, y’all. Don’t end up with a yacht in the desert.

No safari solidarity (props on that term). No yachts in the desert. No straight white mansplainers steering this mothership. Read and listen to women of color. They’re doing more than knitting hats and using hashtags, and they always have been.

2 thoughts on “Must read: “Why I don’t like white women””